Beijing: Recycle and Get a Free Subway Ride 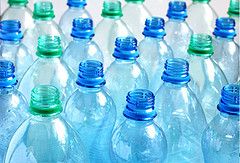 Beijing city officials hope to improve the image of the city while rewarding those who recycle.

Beijing city officials hope to improve the image of the city while rewarding those who recycle.

Beijing, the fifth most populous city in the world (20 Million), produces around 18 million tonnes of waste every day while, recycling less than four percent of its trash. This estimate includes 15,000 tonnes of bottles per year or nine tonnes of CO2 emissions.

Now city officials seem to have come up with a new and innovative way to encourage city residents to recycle their used plastic and glass bottles. The city has installed 34 (100 by the end of the year) recycling vending machines that pay subway credit in exchange for returned containers and bottles. For instance, recycling one plastic bottle will earn the donor five fen and one mao (17 USD cents) on their transportation card.

While bottles-for-cash vending machines have been in use for the past years in many countries, including Japan, Unites States and Germany, Beijing’s current containers-for-transportations pass scheme seems to be the first in the world. Incom Recycle, the Chinese company behind the programme, hopes that its new system will help reduce the high number of plastic/container waste in the streets of Beijing. In the coming years, the company plans to approach major soft-drink and beverage producers to expand its program. 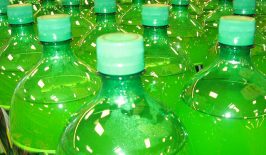