Be a Witness – A New Era of Citizen Journalism in China 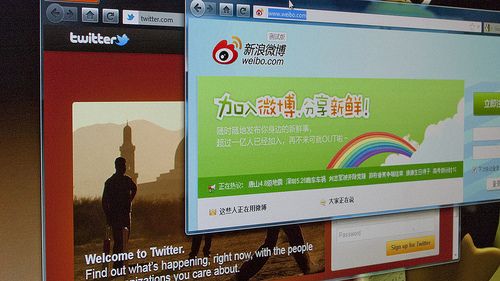 In the era of growing information transparency, it has become easier and more prevalent for China's environmental reporters, civil society and citizen journalists to document public outrage about environmental injustices via microblogs even against a backdrop of at-time strong resistance from the government.

In the era of growing information transparency, it has become easier and more prevalent for China’s environmental reporters, civil society and citizen journalists to document public outrage about environmental injustices via microblogs even against a backdrop of at-time strong resistance from the government.

Some of the biggest changes start from the bottom up. Nowadays, with the help of social media, we can freely express and spread a message with lightning speed. Have you ever thought of utilising this to vocalise a point? If you own a Sina Weibo account (a micro-blogging platform in China similar to Twitter), you can join in the chorus of discussing what you love or hate (or both) or routines of your life and work. Some environmentalists in China instead use their Weibo to raise public awareness via reporting on some prominent environmental challenges facing the country today; sometimes their covered stories have even evolved into national campaigns.

The 65-year old retired Chinese official Liu Futang wrote stories on the massive illegal deforestation and oil spill activities in the Hainan province in 2012. Witnessing that some local farmers were being displaced and their land was grabbed for the sake of a new land development policy to turn Hainan into a ‘Tourist Island’, he took pictures and reported regularly on the destroyed habitat of coastal mangroves and water coconut forests on his microblog. His posts went viral and quickly stirred up an online fury among the Weibo community leading the story to be covered by the local newspaper and national TV. The story also gained the attention of the government and the ecological scandal was exposed and finally stopped. Along with a few other social media campaigners who wrote stories on different environmental issues, he won the 2013 China Environmental Press Awards  for his contributions.

This is only one in a million encouraging stories. China is seeing a surge of citizen journalism revolving around environmental issues. Some environmental groups like Friends of Nature realised that there is a need to train and guide citizen reporters to harness Weibo and use the platform to uncover controversial environmental issues that governmental bodies have skirted around. Media censorship is still a big problem in the country with traditional newspapers and websites often having to race to get stories out before they are blocked by censorship issues.

The influence of Chinese social media on mainstream culture is increasing and microblogs such as Weibo show the kind of activism that is possible from the bottom-up. This can be a mean for the civil society to put pressure on the officials to disclose more numbers, index and facts about soil, air and water pollution, which is critical to assessing any environmental impacts that threaten the life and health of millions in the country. 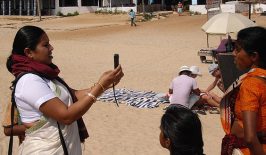 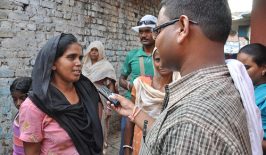