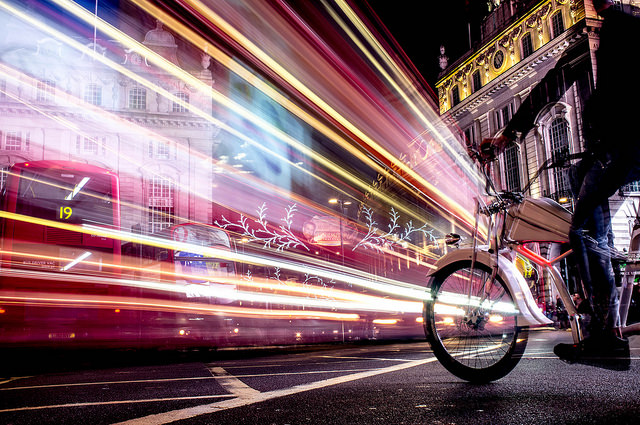 London has seen an explosion in the number of cyclists on its roads in the last few decades, with the amount of people who cycled to work in the city more than doubling between 2001 and 2011, from 77,000 to a huge 155,000. Unfortunately with that rise came an increase in the number of road accidents involving cyclists, with London’s ancient streets and lack of cycle lanes making it a mass of accident black spots and rush hour dangers.

According to statistics from Britain’s Royal Society for the Prevention of Accidents, each year there are 19,000 accidents involving cyclists on the UK’s roads – and that’s only counting the incidents that are reported to the police. Taking into account those near-misses and crashes that are never reported, the real number may be as high as two or three times the official figures. While the statistics show that the vast majority of road accidents involving cyclists happen during the day, accidents that happen in the dark are generally more serious, with those taking place after the sun has gone down more likely to be fatal.

This is where Life Paint comes in, a safety spray developed by Swedish car company Volvo, as part of its 2008 social responsibility pledge that “By 2020, nobody shall be seriously injured or killed in a new Volvo”. The product aims to increase the night time visibility of cyclists and other vulnerable road users and a small batch was released as part of a free trial scheme at selected bike shops across London last week. The paint can be applied to the frame of the bicycle directly, and also adheres to fabrics – shoes, clothes, backpacks – and is said to last for approximately a week after first application. Glowing brightly only in the glare of car headlights, the paint is invisible in daylight, meaning its perfect for cyclists who want to stay safe at night but feel self-conscious about loading up on fluorescent vests and typical safety gear.

The fact that the product has been released by a car company may, quite legitimately, raise a few eyebrows. It has already been the subject of criticism, accused of being nothing more than a corporate smokescreen, and a blatant case of victim blaming. While the criticism may be hard to overlook, the product does offer an interesting tool to help tackle a growing and urgent problem. And hopefully, increased visibility on the roads can only mean increased awareness and respect between our cities’ road users.

For the official low-down on the product’s availability, visit the official website, and for some eye-popping footage of the paint in action, check out the short video below. 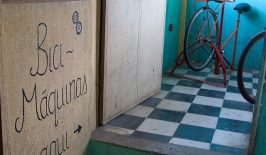 © My mom Is Wolves

A Guatemalan NGO has unlocked the potential pedal power of discarded bicycles, converting them into practical machines that benefit the local community, transform the lives of small business owners and reduce reliance on electricity and fossil fuels.